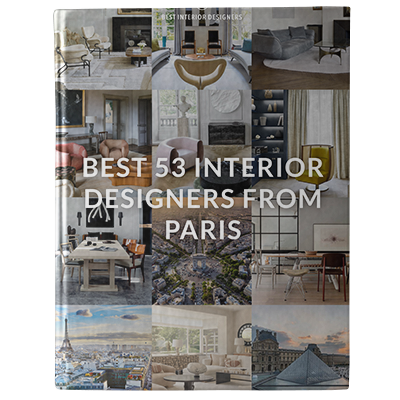 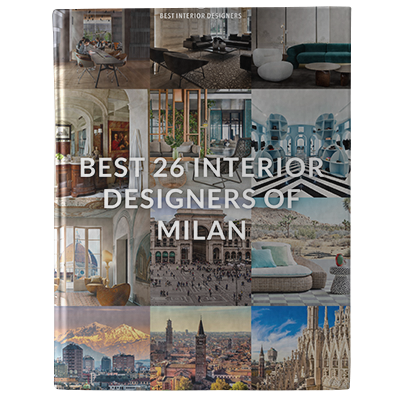 9 min read
Jutta Blocher is a German Interior Designer married with the Architect Dieter Blocher. Dieter Blocher is an architect by passion. His buildings always form a harmonious unit with their surrounding; at the same time they radiate self-confident individuality. A balancing act which the German architect early learned to master.

Both have founded the design office Blocher Blocher Partners in 1989. After a short time, the course towards the international reputation was set, thanks to the success at two huge architectural competitions – one for the new conception of an urban health quarter, the other for the modernization of one of Europe’s most influential retail companies. As a consequence, first European jobs came in addition and then worldwide tasks. Until today, many clients from back then have remained faithful to Blocher Blocher Partners – which is by no means self-evident in such a hard-fought market. “The balance between consistency and innovation has made a long-lasting impression on our clients,” explains Mr Blocher.

Jutta Bocher lives and works in Stuttgart, in Germany. She studied interior design at the Stuttgart University before working for various companies.

Dieter Blocher studied architecture at the university in Stuttgart and Chicago. He worked with various architectural offices, was lecturer at the University of Stuttgart.

In 1989, Jutta and Dieter Blocher founded the architecture and design office Blocher Blocher Partners, which focuses on holistic project development. Today, 160 employees work in the offices in Stuttgart and Mannheim, Germany and New-Delhi, India.

As head of interior design, Jutta Blocher’s responsibilities include the event-orientated retail market with clients like Holy, Hugo Boss and Bucherer, as well as the Stuttgart based company Breuninger, the Mannheim engelhorn group and the Central Group in Thailand. Blocher Blocher Partners’ activities range from store design to the construction of commercial buildings and the development of complex city districts, for example Q 6 Q 7 in Mannheim. In addition, the office acquired renown in the areas of logo development, graphic conception and corporate publishing.

When Blocher Blocher Partners celebrated the campany 25th aniversary, they louched a online-book where we can see the best projects and feel all the spirit behing this campany and theris owners and colaboratores! See it here. 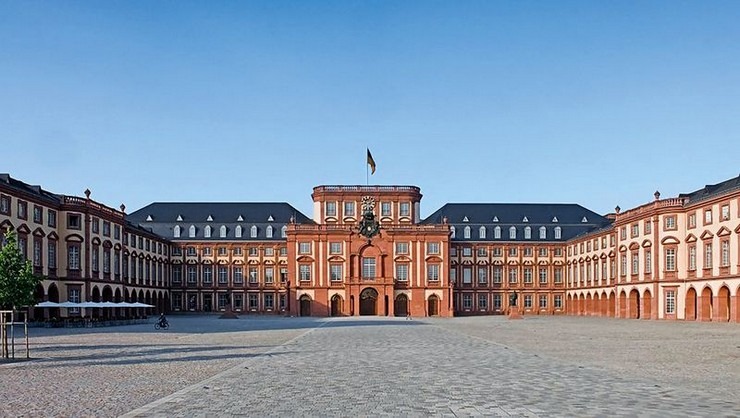 The Most Iconic Projects

Rhythm of the city: with many trophies as Germany’s Best Department Store, the Breuninger flagship location in the heart of Stuttgart is the brand’s standard-bearer. So how do you take one of Germany’s most successful retail addresses and give it the architectural boost it deserves? Blocher Blocher Partners was entrusted with the task of designing an extension to the Stuttgart building that would reflect the firm’s identity. That’s no easy task: to create a unifying design for a multitude of uses.

The result, a new, eight-storey building, houses new retail space and offices. A direct link to Breuninger headquarters next door enables the best possible circulation between the two buildings and a seamless extension of the selling floor. In addition, to optimize logistics, deliveries were shifted from Karlstraße to the new building on Holzstraße.

To understand better the philosophy of the project ready Julia Blocher’s interview to TOP Magazin Stuttgart, in German. 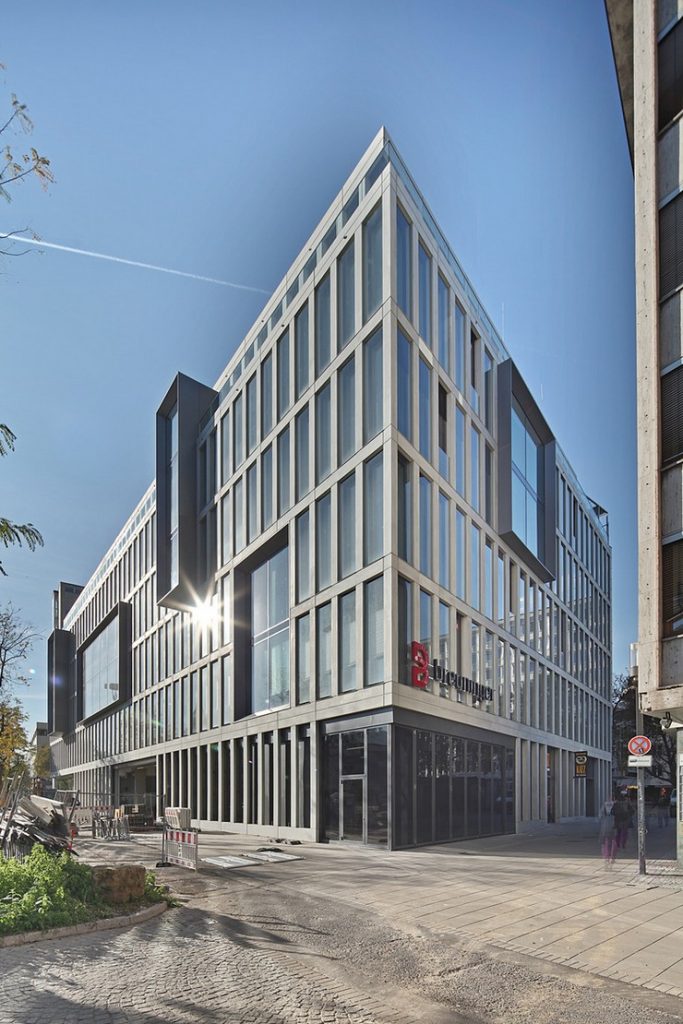 Best of Award&Project 2015 by Blocher Blocher

In 2015 Jutta and Dieter Blocher’s globally renowned company won one of the best at international level design awards. Mondeal Square, Ahmedabad, project built in India, earned the “International Design Award” prize. Designed by a team of architects and interior designers, this project has incredible detail, both inside and on the outside lighting.

A LANDMARK FOR AHMEDAAD…What constitutes a landmark? To shape the face of a city and present a point of orientation for resident and visitor. Two characteristics, which Mondeal Square satisfied already soon after its opening. Located in Ahmedabad’s burgeoning suburb Prahladnagar on the S.G. Highway, the ensemble offers a total floor space of 17,000 square metres, of which 3,600 comprise commercial space, as well as ten storeys for office usage. During the day, the striking structure of the curtain façade defines the two buildings. The vertical struts and horizontal panes made of white aluminium profiles serve not only for a long-range effect but also for shade. A significant locational advantage in India’s sunny west – and a statement for sustainable construction, as this, after all, reduces the use of air conditioners. As a contrast to the main façade, the rear side of the building is stylishly more restrained with a horizontal lamella façade. This is where the stairwells are located, also providing access – besides the elevators – to the office floors from the third to the tenth floor. The way these can be designed is exemplified by Blocher Blocher India on the top floor. Open exposed concrete ceilings and light grey tiles interplay with glass dividing walls, conveying a sense of minimalistic elegance and transparency. Wooden wall elements and the light interior provide the premises with warmth and increased quality-of-stay for the employees. 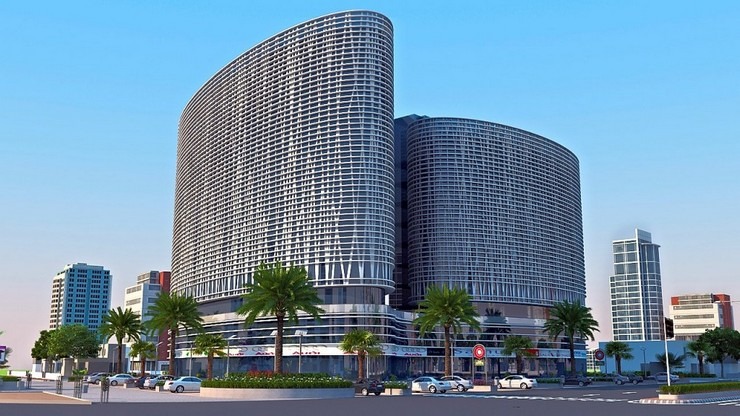 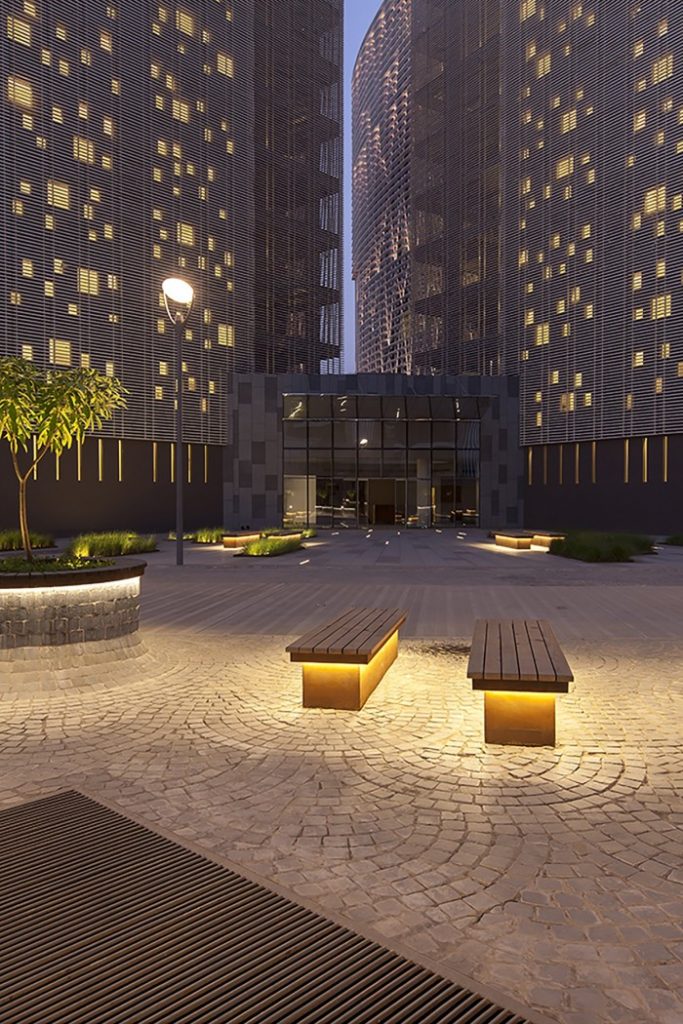 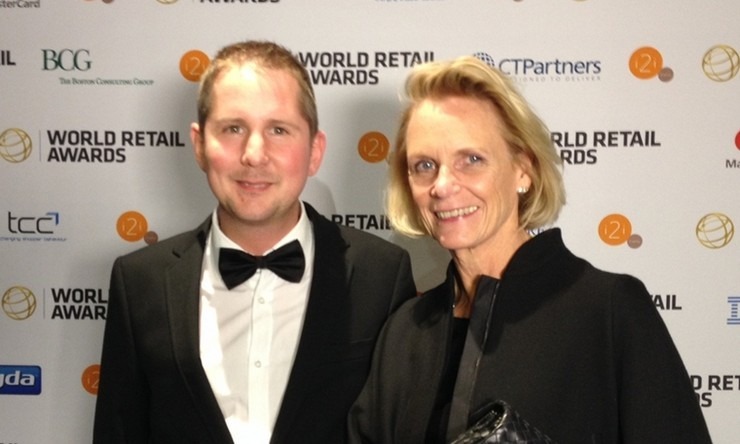 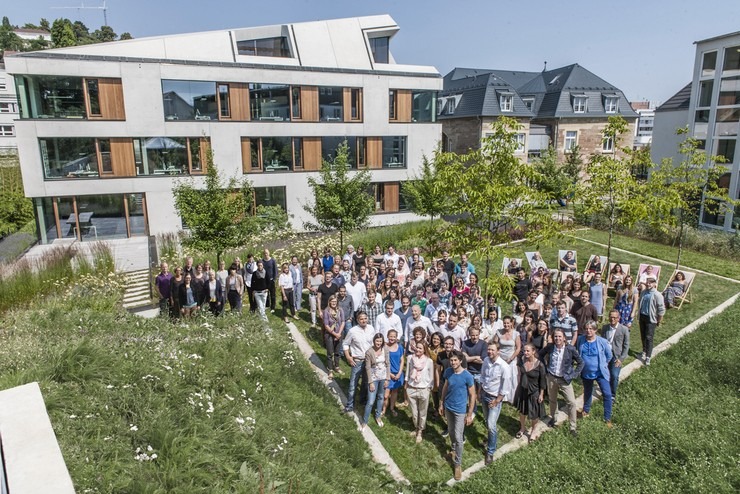 “Our work begins with the curiosity of the observer, we think from the outside in and from the inside out“, sagt Jutta Blocher.

“Architecture needs visions. It must fulfil its responsibility and serve the people. This is why aesthetics, functionality and sustainability determine our way of thinking.”

“Architecture, is always influencing the character of a city and, at the same time, an echo of a social movement. Some projects even have a guiding function besides their actual purpose. They stand for a departure, an evolution, a paradigm shift.”

“Life is a learning process. I personally can never stand still. This is why I want to further discover the diversity of cultures. During my travels through Asia and around the globe, I learned to see the world with different eyes. I experienced things from different angles which had a long-lasting and positive influence to me – for my professional work as much as for my private life. It may sound a bit cheesy but it is simply important for me to think outside the box.” 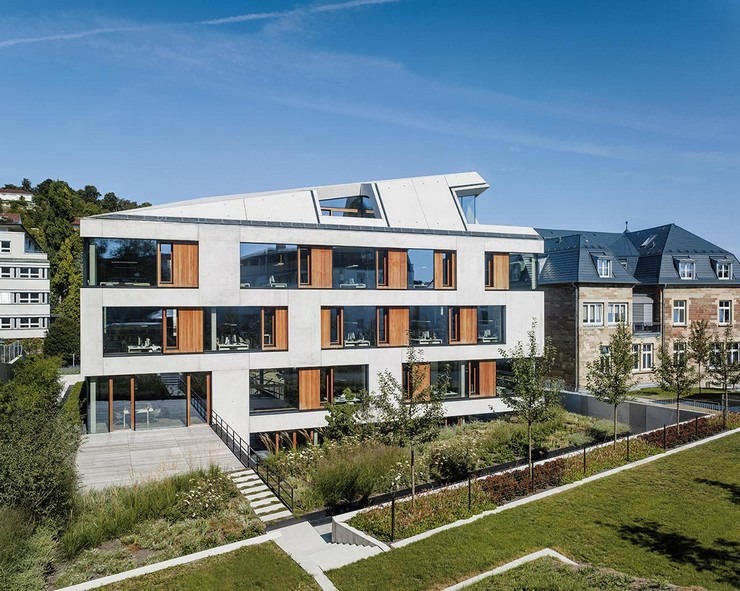 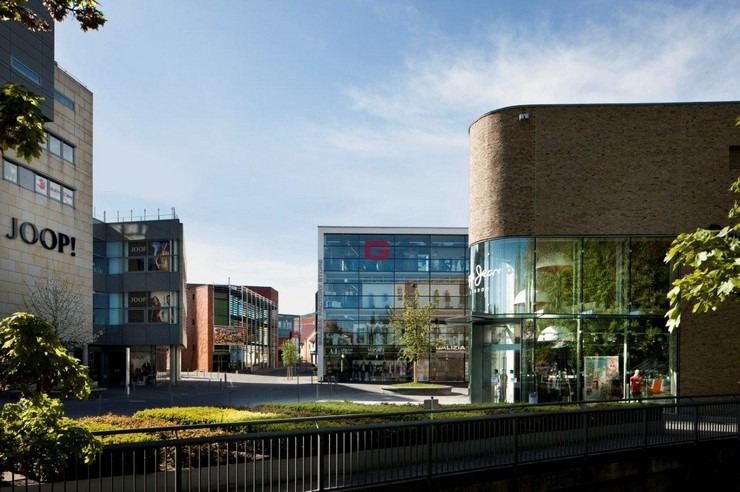 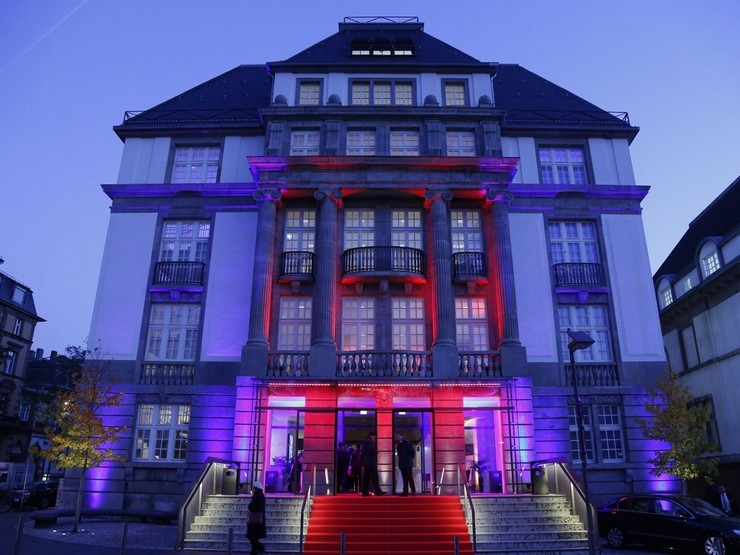 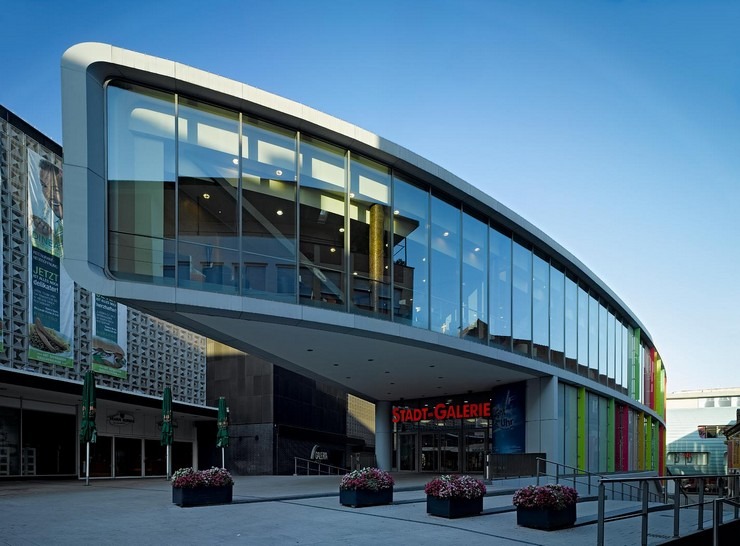 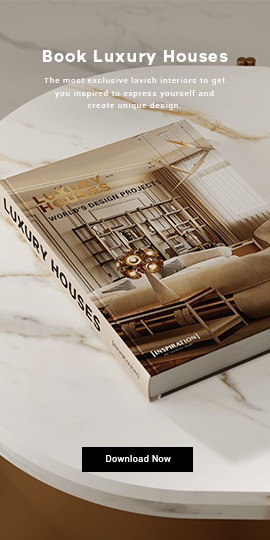 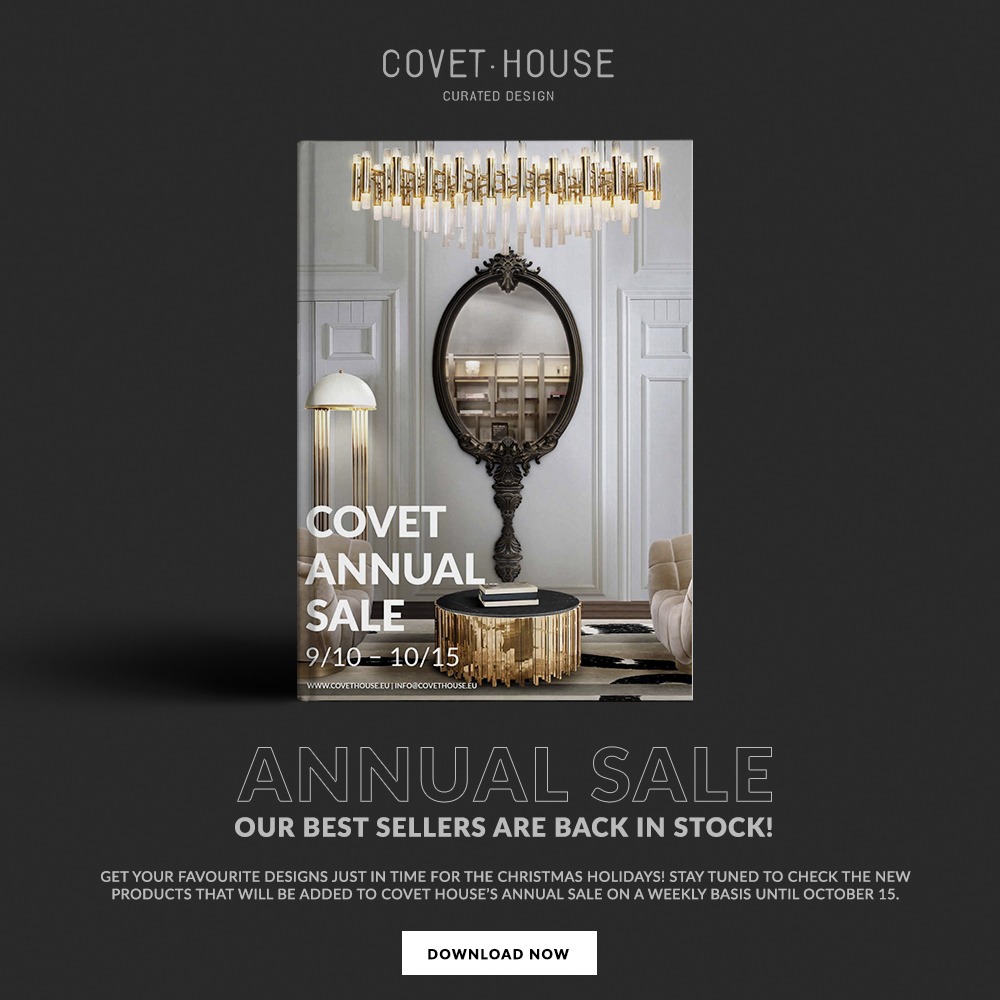